Duane Poliquin received his degree in Geological Engineering in 1962. Ever since, Duane has been continuously active in mining exploration around the world. As a young geologist, Duane started out with a large Canadian mining company and was soon involved in a major copper-zinc discovery. This was followed by work with several of the world’s largest base metal and gold companies in some of the most important mining areas of the world.

In 1972, Duane identified the Santa Fe gold property in Nevada and formed Westley Mines Ltd. to explore the project. Westley was taken over and placed in production as a heap leach operation by a division of Homestake. Before founding Almaden, Duane also initiated several other projects that became producing mines. Duane discovered an extension to the Nevada Sheelite Mine as well as the Apex germanium-gallium mine – a specialty metals deposit in Utah that contained over one million tons of mineralized material with a gross value of over $1,000 per ton. The property was vended to Musto Exploration Ltd.

After founding Almaden Minerals and doing an IPO in 1986, Duane indentified the Trinidad gold deposit in Mexico which was subsequently sold with a royalty retained to Eldorado Gold Corporation and became that company’s second mine. Having been in the exploration industry for many years, Duane has been through several metal and mining market cycles and remains confident that the next up cycle will be very rewarding. Morgan Poliquin graduated from the UBC Geological Engineering program in 1994. He earned his Masters of Science in Geology at the University of Auckland, studying geothermal systems and epithermal gold deposits and his Ph.D. in Geology from the University of Exeter (Camborne School of Mines) studying the geology and mineral deposits of eastern Mexico. His Ph.D. research was combined with the prospecting program he led in Eastern Mexico for the Company. This exploration directly led to the Company’s involvement in the Caballo Blanco and Ixtaca projects and the subsequent discoveries made on these projects.

Morgan first came to work with his father at Almaden, Almadex’s predecessor, after finishing his Master’s degree in 1996. Morgan is the President and CEO of Almadex and with Duane manages the corporate and technical direction of Almaden. Morgan oversees and directs the company’s prospecting and property exploration programs. Doug has eighteen years experience in the resources and foreign trade and resource policy arenas. Prior to joining Almadex, Doug worked with an investment dealer where he advised numerous mineral resource companies regarding M&A opportunities, and assisted them in accessing the capital markets. He also spent five years as a Foreign Service officer with the Canadian government, where he focused on international trade issues, in particular in terms of their impact on the resources industry.

Doug graduated from the University of British Columbia with a Bachelor of Commerce degree and a Masters of Applied Science degree specializing in mineral economics. 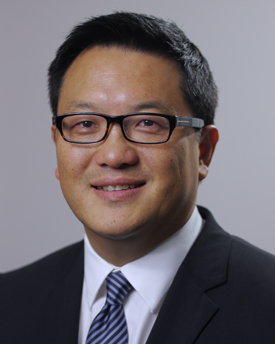 Korm Trieu is a Chartered Accountant with over fifteen years of experience in corporate finance, management and taxation in the natural resource and lending sectors. Prior to joining Almadex, Korm held the position of Vice President Finance at Sprott Resource Lending Corp. and worked for Ernst & Young LLP providing tax services to various publicly listed companies primarily in the mining industry.

Mr. Marud is a Professional Geologist with more than 30 years of precious metals exploration experience in the Americas and is an active member of the Association of Professional Geoscientists of Ontario and a graduate of the University of Saskatchewan with a BSc Honors in Geology (1985). Mr. Marud is currently the CEO of Western Exploration LLC, a Nevada based precious metals exploration company, and has been in that role since December 2017. Previously he was Senior VP Exploration at Yamana Gold from 2007 to 2013 and Executive Vice President – Enterprise Strategy from 2014 until his departure from Yamana in September 2017. Prior to Yamana Gold Mr. Marud held senior roles in exploration with Homestake Mining Company, FMC Gold Corp and Meridian Gold Inc. During his career, Mr. Marud has been involved in the discovery and subsequent development of significant precious metals deposits including: El Peñón, Chile; Mercedes, Mexico and Pilar and Corpo Sul (Chapada) in Brazil.

Mr. Meintjes has 25 years of experience in mining project development in North America, South America, Europe and Africa. His recent practice as an engineering consultant followed a career with Anglo American, Anglo Gold, Rio Tinto and Teck, with experience in mine evaluations, project acquisitions, metallurgical process development, strategic mine planning, and operations value optimization. Projects that Tracey has been involved in that have been constructed over his career include Cerro Vanguardia (Anglo Gold), Pueblo Viejo (Placer Dome – commissioned by Barrick/Goldcorp in 2012), and more recently Moose River Consolidated (Atlantic Gold). Tracey is currently Vice President of Engineering Studies at Seabridge Gold.

Larry Segerstrom is a professional geologist with more than 30 years of experience in exploration and 20 years in senior management. Past management positions include COO of Paramount Gold and Silver Corp. and Manager of Geology of the Grasberg Mining District for Freeport-McMoRan. Larry has been involved in several discoveries, including leading the teams that discovered and developed new resources of more than 750,000 ounces of gold and 60 million ounces of silver with Paramount, and new ore reserves totaling 3.4 billion pounds of copper and 3.6 million ounces of gold with Freeport. He holds a M.Sc. in Geology, a M.B.A., and is a qualified person under Canadian NI 43-101.